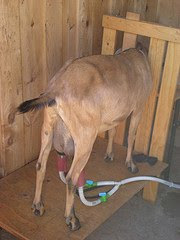 A conversation on the recent 2009 Future of Learning in the Networked World trip FLNW09 with Michael Coghlan, Robyn Jay & Stephan Ridgway


Thank you so much for making and sharing this conversation. I'm in the midst of writing up a long-overdue blog post. This helps urge me forward. I have been resisting because I have some conflicting feelings and am concerned about how I express them - because they are all double edged swords. How much sweetness, how much sting and how much time to thoughtfully and honestly express both. I also realized that so many of our conversations were quite personal, and I have been cogitating on how to transfer the learnings of those conversations without trespassing on the beauty of some of the personal nature of the conversations and what should be maintained in that boundary. It takes a lot of time. I've been avoiding it.

First, it was pretty heartbreaking to hear the disappointment. Because I personally feel I let you down, and also because I share some of that disappointment. So the combo of responsibility, guilt ... haha. You know how much fun that is!

At the same time, I don't want to let that disappointment diminish the quality of the time together for those of us on the road. So there are clearly conflicting feelings in me.

I want to add one part here very specific around the end of the podcast around roles, responsibilities and decisions. Michael said Sylvia and I didn't mind making the decisions etc.

I'd like to express that it was uncomfortable and at times I did mind. And certainly I worried about it. I felt I prodded and prodded with little response from the group, but Sylvia and I were the newbies in the group. Maybe we didn't know something they experienced guys knew, eh? I can be a very pushy and action oriented person by nature. I was trying to be very careful not to "drive" things (and annoy the crap out of everyone!) Believe me, I can annoy the crap out of everyone. I have been given specific feedback from dear and close friends that I can also "take up too much space" in conversations etc. There were certainly moments where I was aware of this. (I;m writing this with a smile. I am hoping the others in the group read this with a smile!)

In July I told Sylvia I was concerned. I thought the rest of the gang were not concerned about substance or focus beyond Derek, and he let that go (I'm guessing because no one else took him up on his ideas?). Why were no other folks wanting to join in? Was the "sustainability" theme just hot air? There seemed to be little engagement. It was "we'll show up and it will happen. " OK. that was not what I thought FLNW was about.

At some point I was chafing because I didn't want to be just a tour guide and I *did* want to be a host of a learning adventure/journey/conversations. I felt quite odd making so many decisions because, while local knowledge helps inform options, it does not privilege decision making. I was truly happy to facilitate the logistics and help provide the transportation. Absolutely. But what about the 'heart" of things? How would that happen?

I did not express that well, if at all. This is the sad sign of a facilitator facilitating facilitators. I said at one point to Michael that this is always a bad combo! LOL. We tend to ignore our own advice.

At that point, I made the personal decision to simply go with the flow. If there was no energy to plan, act, lead, decide, then it would happen as it would happen. Getting sick the week before only solidified my approach. There was literally no energy available.

This was an essential key for me to be able to both a) go and b) enjoy it in any way. Selfish? probably. Realistic? absolutely.

I had to let go of guilt about not hooking in with the wider community (Sylvia made that happen w/ Marsha and I with Potluck farm - by the way, my sense of the conversations was that they were about learning, not about education under the guise of talking about organic farming. But wow, that was one of the places where the conversations were also VERY political.) It was where I personally let go of focus and thus any sort of scaffolding for reporting out, pulling in and engaging with the rest of the network. This is the key for me. To engage with the wider network, we need some minimal scaffolding. It can be VERY flexible, but it holds us accountable.

My experience was that there was a very strong message from Leigh that he felt we had no obligation and this WAS a vacation. He was not accountable. And Leigh, you know, has a strong voice. :-) The rest of us seemed to follow that like sheep, eh?

So as a fabulous trip with wonderful people with terrific conversations, beautiful scenery, lovely shared walks and meals - it was a total YES YES YES. As a node off of a wider network, as a contribution, not just a feast for ourselves, I think it was a NO NO NO. We didn't make that work.

Do we need to grant ourselves slack to do something that was primarily (or all) internally focused.

At the least, we owe it to each other to be clearer about expectations on all sides (I did not hear too much clamoring from the rest of the network beyond 3 people if memory serves...), to be honest about what we are and aren't willing to do (Leigh gets kudos for declaring he was on vacation), and the courage to speak up and hear each other deeply and thoughtfully.

Well done Mike. I thought you spoke fairly and accurately.

Nancy, your comment is spot on. I was feeling for you hearing some of the conversation, rest assured you should feel no responsibility for the disappointment, and reassured that the trip was enjoyed very much by al those who were there, and what we learned (I think) is that we don't need to network online for things to be legitimate.

I did declare I was on vacation.. but that didn't mean a total abandon :) Had that been the case you would have seen me naked most of the time, high on local drugs, walking into the wilderness, in search of a cougar, Sunshine either reluctantly in toe, or happily relaxing at the lodge reading a book. Or something like that - just to paint a funny picture of a vacation I only dream of.

But instead, it was really a declaration that I felt no obligation to the "wider community". It was in the saying of that I realised an interest in the idea of a more focused local experience, without any obligation to report or document, to follow and let it flow, to let my interests freely take me - without a sense of what I 'should' be doing, and to see what that would be like in the context of FLNW. I think we all liked that idea.

One thing it produced I suppose is this conversation. But another thing I reckon, is a deeper connection with people locally, and on things wider than that sure party killer of a topic - education.

For me I had 4 most memorable conversations that I may - or may not write up. (I have no sense that that so called "wider community" is interested in what I write anymore than they are the next person). 1. was with Peter on the idea of a DIY PhD. 2. With Nancy about power and control. 3. With Michael about the conference to end all conference. 4. With everyone about how irrelevant school is reflecting on how the 3 people we were visiting at Potluck learned things.

I remember at the FLNW NZ we commented frequently about the barrier the recording technology brought up. The artificiality of a conversation once someone thrust a recorder under our noses, while another danced around pointing cameras at the conversation. That sort of thing just happened back in NZ, in part I think because of the celebrity status of the event, but not at all through a sense of obligation to a wider group online at the time. I think that sense came shortly after, when we asked ourselves why we were doing this weird shit. And so a legacy was born. It turned out the technology and the rudeness of using it was legitimate and worth while.

This time, we didn't do so much of that. I got to hear Michael and Nancy sing and play guitars a lot more, was able to enjoy more time with just Sunshine and myself, didn't have to worry about charging batteries, got to know Larry at Potluck and look at his photos and stories without thrusting a recorder on him.

Sure, so much is lost because the recorder wasn't used, and that disappoints me probably more than anyone.. but the fault is with the technology.. still. It is still not small enough, not instant enough, and not obscure enough not to notice. So we in these FLNWs are forced to balance between the interruption it causes, and the importance of its product.

Is there another way? I think we may have just tried it. We put ourselves through an experience and now, not then - but now, we reflect on it. Its important to note the mild pressure of obligation to the "wider community" that is driving that though hey. Thanks to Robin and Stephan for playing that role.

Last thing.. Robin's right.. we're running out of steam. We need a new burst of energy. Seeing the typical displays of total over paid, uncritical, shallow understanding coming from DETNSW and most other mega institutions is almost too depressing to bare.

Thanks, Leigh. This is good stuff to chew on. For me there are two threads: responsibility to one's wider community (and what that means - it could mean immerse in the F2F and later share, not share trusting in the wider comm/network, etc) and HOW to share with one's wider community including the very pertinent questions about how disruptive the external hook in is to the on the ground work, the impact things like recording has on our behavior, etc.

I still haven't finished my blog post. I think it is about to morph again. Which is, to me, about learning.

Last night I sat with 8 people talking about scenario planning methods as a way to open up possibilities for peace in conflict areas (particularly the middle east). Again I was taken by the importance of both the local and global. Its all connected. I just don't think we have enough experience yet to understand and practice fruitfully within that dynamic.

As always, goin with the flow

P.S. Re Leigh, not having a sense of what the "wider community" wants to hear. This resonates for me. I realized yesterday that some of my most read and useful blog posts where responses to someone's specific question or request. Something about that request changes the writing for me. And I think it is not simply an "audience" thing, but a tuning, a resonance, that helps make a bit more of the sometimes tenuous online connections.

Talking VTE is a podcast of educational conversations and audio recordings made at conferences, seminars and workshops throughout the Australian Vocational and Technical Education (VET) sector.